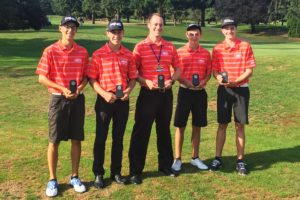 In the 1st round Arizona started strong with low scores to take the lead, with a team total of 216, even par. Southern California was in 2nd after day 1 at 218 (2-over par). After Round 1 Tony Hendricks, Phoenix, led the team (and tournament field) and with a 2-under par 70. Followed closely behind was Blake Lorenz, Peoria (72), Tucker Clark, Paradise Valley (74) and Hayden Sayre, Phoenix (74).

“Our Arizona Boys played great to post the best finish we’ve had in 30 years. The 2nd place finish is a great accomplishment against a very strong field of junior golfers. We are all very proud of this team.”